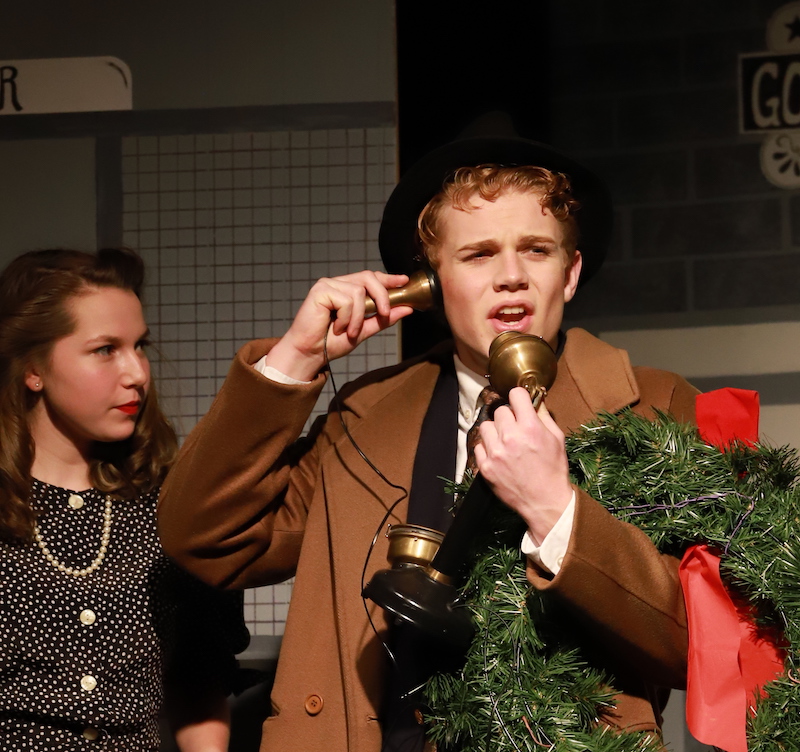 Just the other week, I was walking through town late at night. I felt utterly alone, having lost eight thousand dollars that would surely see my company go under, and I had just finished screaming at my whole family even though they had done nothing wrong. As I stopped to stare off into the distance, I heard a group of carolers coming. One of them saw me and recognized me, and after confirming my identity, another man approached and punched me in the jaw, causing me to fall to the floor. As I lay on the ground pretending to be hurt, I looked out and saw the faces of the audience watching with great interest.

None of this was really happening to me. It was happening to George Bailey, the character I was playing in Alamance Fine Arts Academy’s production of It’s a Wonderful Life. However, by drawing on years of experience, the preparation I had gone through for the show, and my passion for theatre in general, I did my best to convince the audience that I really was George Bailey, and by extension, that it all really was happening to me. There are few things in life that I enjoy as much as theatre, but theatre has been so much more to me than a source of enjoyment. Theatre has been a major influence in my life that has helped me to grow as a person in three major ways: it taught me to stretch my comfort zone, I learned how to not lose my sense of self, and theatre has shown me what working with others looks like at its best. 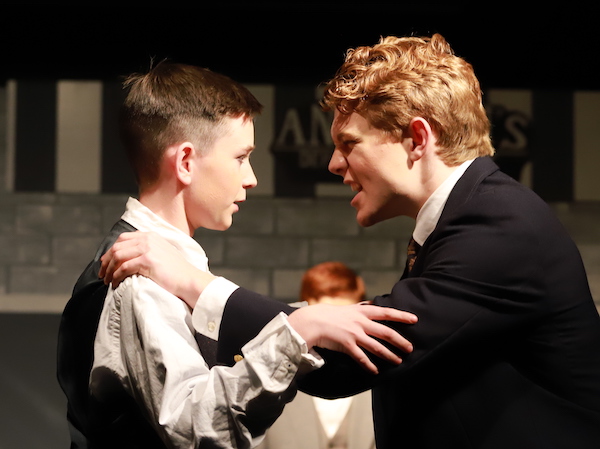 Theatre taught me to stretch my comfort zone. When I first started theatre six years ago, I was just beginning to go through those awkward, early teen years. I was very conscious of what other people thought of me, and I would’ve much rather stuck with what I knew than take risks and potentially look silly. Theater took that harmful mentality, and killed it. In theater, there is no room to care what other people think. I have been asked to do all sorts of strange things that I was uncomfortable with. I have had to wear weird costumes, do outrageous things onstage, pretend to be in love with cast mates playing other characters, and so much more. Each time I did something new, my comfort zone was stretched, and what other people thought started not to matter so much. Now I am much more comfortable with being uncomfortable, and I have seen the benefits of that in many areas of life. 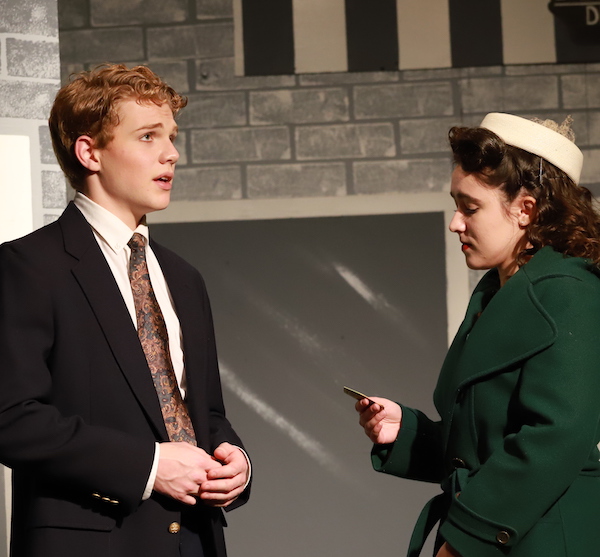 Theater also taught me how to not lose my sense of self. It is easy in this world to conform to whatever the people around you are doing, even if it is pointless or harmful. I would assert, at the risk of sounding like a Disney Princess, that it is important to stay true to who you are when others would influence you in a negative direction. Theater taught me how to do that. This might seem like a surprise, because theatre asks you to act like someone else. It might seem like that would make it easier to lose track of oneself. The opposite is actually true. In trying to perform as someone else, I have to become acutely aware of who I am in an attempt to leave that behind temporarily to play a part. Instead of subconsciously conforming, I am purposely dissecting my own character in order to remove it from my character onstage. This means that when my role is finished I am left with a better understanding of who I am, and usually more confidence in that identity.

Theatre has also taught me what it truly looks like to function as a team. Everyone has to be working together for the show to happen in the first place. Not only the actors, but the hair and makeup people, the stage managers, tech crew, light and sound people, set builders, and directors all have to come together to make a show come to life. It gets even trickier when things go wrong. No matter what happens “the show must go on.” This is where I have really learned to trust my cast mates, and do as much as I can to not let the team down. I have missed lines and my cast mates have been there to cover for me and keep the scene going. I have seen my cast mate sprain her ankle on stage, and still finish the show because she wouldn’t let her team down. Nothing in my life thus far has set a better example of how teamwork looks and what it can accomplish.

I started theatre when I was eleven years old and got my first role as Mr. Potter in a production of It’s a Wonderful Life. Since then, I have done so many things to shape me as a person. This past semester, when I had an opportunity to do It’s a Wonderful Life again, this time as George Bailey, I was able to see more than ever how much I had learned. It really was poetic, seeing that after all those years, even though the show hadn’t changed, I had changed so much thanks to my time in theatre.

There are no upcoming events at this time.