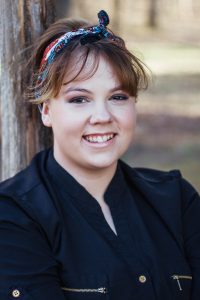 Katherine has been acting and directing for over ten years. She’s been pursuing an Associate’s degree in Film and Video Technology at Piedmont Community College, where she has written and directed three short films and acted in two more. She worked as part of the crew for the short psychological thrillers, The Mark of Nafarious and the feature film Kill Giggles. Katherine is thrilled to be working at AFAA, her second home, where she first learned to act. Some of her notable roles included, Lady Bracknell (The Importance of Being Earnest), Lydia Bennet (Pride and Prejudice), and Much (Robin Hood).